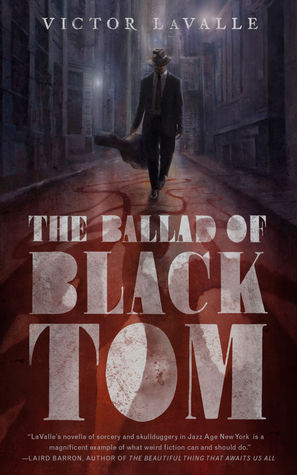 Its about time to get back to a few of these. In the weeks and months to come I’m hoping to start weekly vlogging my reading with my first impressions of books and following up with these mini-reviews in weeks after that with final reviews. For now however you’re getting some older reads that haven’t made it onto the blog yet!

Let’s just call this the horror with one romance volume. I definitely went on a binge of horror shorts the week this covers. Starting out with A House at the Bottom of the Lake by Josh Malerman. I ended up struggling in the end with this. I loved the idea, and there were scenes and parts that I found particularly creepy. However there was just a lot of… filler. It felt very much too long. Not to mention I really didn’t enjoy the awkward and what felt like unnecessary sex scene (and the staring at and lusting after of breasts that lead up to it).

everyone should really read. Hammers on Bone by Cassandra Shaw was incredible. There are definitely wrong ways and then there are right ways to take Lovecraft and write a story based around/with it. This is definitely one of the right ways. Just like with Ruthanna Emyrs’s Litany of Earth this does a wonderfully fresh job with the lore. I’m overall a bit tired of the constant references to straight Lovecraft. Yet these authors are taking it apart, approaching it from new angles and giving it a much needed fresher perspective. Both seem to be very much (this may not go over well) improvements, honestly, for me. After a certain point something can become tired, a ‘classic’ that though it has it’s issues people will still spout it’s merits (which it does have) but never take it further. This trend of reworking this lore and this world is pretty amazing for me. I’m loving it. On this works specifically, if this isn’t the first of a series or the prequel to a full length novel I swear I’ll take my own hammer to some bones. I’m planning on picking up a few more of her works, but this was amazing. Highly recommend this, especially if you have a thing for detectives, or Lovecraft. 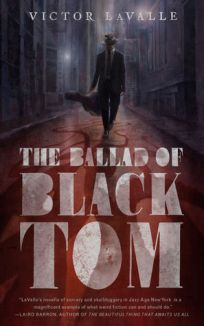 Then I went on to an EVEN BETTER Lovecraft retelling with The Ballad of Black Tom by Victor LaValle. By all that’s dark and creepy, this short story was amazing. Anyone familiar with The Horror of Red Hook will recognize this story and the character of Black Tom. We should all know by now, Lovecraft was a flaming trash-bag of a human being. Victor LaValle is a black man who sets out to reclaim Black Tom from Lovecraft’s flaming trash-bag and he succeeds. He gives us the story of how or why Black Tom is the way he is. The casual and cruel racism, the violence and murder that Tom suffered at the hands of the police and white populace in the city. All of it leaves you cheering for Tom. I wanted more than anything for Tom to come out on top. I’ll leave what happens for you to find out when you read it, for read it you should. SO, so recommended. 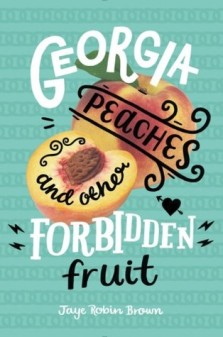 the spectrum with Georgia Peaches Are Not The Only Fruit by Jaye Robin Brown. Georgia Peaches tells the story of a true southern girl, Joanna who has been out and proud for years when her dad asks her to go back in the closet after he moves to a more conservative town. He’s a pastor and is trying to get his footing underneath him while Joanna wants to reach out with her own ministry. First off, this is a lovely light read with touches of faith built into it. It’s never heavy handed, and it shows a LGBTQIA+ character with a monumentally strong faith. These people do exist, and I’ve met them in real life, but I never see these characters in fiction. This was finally great to recognize. It was also lovely to read a hopeful and light story with a queer protagonists. If you want something light and on the spectrum this is a great, great read.