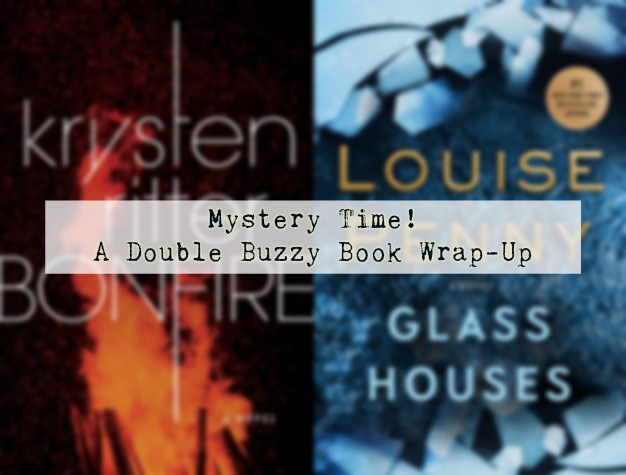 Let’s talk about a super hyped thriller and a new release that I may or may not have cheated and skipped 12 books to read?

Sometimes I read books by celebrities and I just shrug, sometimes I laugh and wonder

how much they paid to get this published, and sometimes I read it and think ‘Dammit, they shouldn’t have this much talent.’ In a disclaimer that last one almost never happens but here we are. Bonfire by Krysten Ritter was good guys, super good. This is what I wanted Girl on the ‘I’m Drunk the Whole Book Why Would Anyone Read this’ Train to be. It’s a complex, flawed and wonderful main character that just shines on the page. I routed for her and grumbled when she did stupid things but I still believed her.

Our hero Abby Williams is a lawyer returning to her hometown with baggage to spare, especially looped around the ‘In Crowd’ of high school and, and a quest. She’s determined to find out if a company that has basically taken over the town has broken environmental regulations. She believes them to be linked to a rash of sickness that broke out in her senior year and the mysterious fallout from that. As much as I loved this, I did see some twists coming but that’s okay. I didn’t see others and those were clever, so clever. This was a book I sank into. The pacing works great for huge chunks of reading, keeping you puzzled but giving you tiny pieces of the puzzle, tiny successes with more questions.

Even some of our secondary characters show the great complexity that Abby shows. Some of them did fall a bit flat, especially a few of the hotties that return from high school Abby’s dreams, but some of them still had that depth to them. I’ll also say I loved how this ended, I almost wish we had more about that and our ultimate ‘villain’. This was a lot of fun, I really recommend picking this one up if you enjoy the genre and even if you just want to try it.

Now, nine times out of ten I’m a ‘read the books in order or not at all’ kind of gal. I 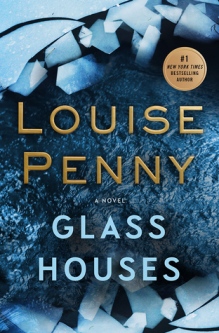 absolutely will not pick something up if I know it’s part of a series, even if it’s one of those loose series or a series of connected characters. I just bothers me to skip and miss out on little references and gems along the way. What I’m getting to is, I didn’t know that Glass Houses by Louise Penny was the 13th in a series till I was perhaps 80% of the way through. Surely, you’d say, you would have noticed! Nope, and that sirs and madams is the first very impressive facet of this book.

You can read the blurb yourself but to make it short and sweet the story follows the man who leads (from what I can gather) the police force in two times. The first is during a murder trial, and the second is before the trial in the events leading up to the murder because the murder itself took place in his home town. There is a super creepy factor to the book in a type of figure (being vague here) that just stands through a good half the book till things come to a head – softly explode in the past version of the story. Then the present tense picks up it’s feet and reaches the climax. I’ve never read Louise Penny before but the truly impressive way she wove those two timelines together sold me.

There is a good complicate mystery and creep factor to what seems like the focal point of the story but all the while it’s like she’s tinkering in the background. Dropping hints and information and slowly building the train that’s going to sweep you up (or under) into the climax. It could be that all the information I missed out on by not reading 13 books before this one really helped this one, or it could just be that impressive but whatever the reason I loved that. I’ve always heard the mark of a good series writer is if you can pick up anywhere and understand and I have to say that’s definitely these books. I also had no trouble getting involved in the characters because of the details she puts into the views and perspectives I was able to sink right in.

It wasn’t a fast read, it’s not one you’re going to barrel through like the above, but if you enjoy and appreciate a slow burn with a great woven past/present mystery I highly recommend this. And obviously you can pick this up if you haven’t read any of the previous books.