It’s incredibly hard, at least for me, to list favorite reads of anything. I don’t tend to get hung up particular reads, but there are some stand out peices from this year that either somehow managed to tickle the fangirl in me or managed to stick with me. Especially in the later half of the year when I began diversifying my reading!
These are definitely not in any particular order, though it may be in reading order since I used Goodreads to find them. All of these I would definitely HIGHLY recommend.
Happy New Year!

1)      The Shades of London Series by Maureen Johnson.

I haven’t been so sucked into a series in such a long time. I still remember finishing the second book and losing my shit. I spent thirty minutes pacing and then later chattering like a mad woman at my husband about my very strong feelings. I’m still dying for the next book in the series which was just teased a month or so ago. This was a fast and interesting read about a girl who goes to a school in (obviously) London and ends up embroiled in an investigation of sorts. I really advise NOT reading the back of the book, the surprises and plot are great if you go in blind. 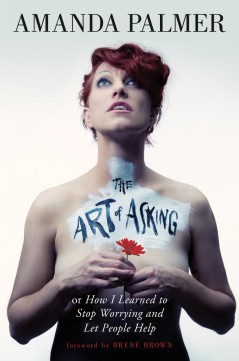 I knew very, very little about Amanda Palmer going into this. All I knew was that she’s Neil Gaiman’s wife, she sings, and she’s pretty sassy. This was just billed as a book that creative types should read, especially ones who struggle with asking. So I gave it a shot. I wound up so sucked in and absorbed into this. This was the first book I’ve taken a pen and highlighter to in a long time. She talks about her life and how her art and how she’s gotten where she is, is due to asking and the help of her fans and friends and family. Life and Art isn’t and can’t be made in a vacuum, it takes more than one. I really loved this. I’ll likely reread it sometime in the future. 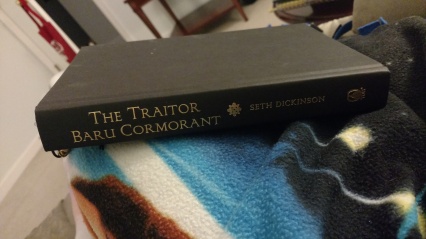 This one got super hyped on it’s release and for several months after and I don’t think it needs too much of a summary. But this took math and economoics, stuck it into a fantasy world and showed how a very clever woman could start a revolution with just that. Then rip your heart out and do a jig on it – but that’s for later. I don’t recommend this if you aren’t into deep and involved fantasy, but if you are then please pick this one up. I will read anything Seth Dickinson puts out in the future. 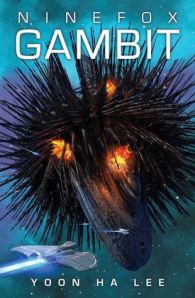 I’ve gushed about this one for a while, and it’s definitely made its rounds. This is another highly involved, steep learning curve type of book – but this time in space. Our main character botches a battle and as penance must work with a general who has never been beat but when last released massacred his entire fleet for conceivably no reason. Their task is to squash a rebel force that is breaking and trying to recreate what this world calls it’s ‘Calendars’, it’s way of enforcing reality. That’s all I’m going to tell you, besides the great representation. The varied and fascinating world, and holy shit the characters for me were amazing. The sequel to this is my most anticipated of 2017, I can’t wait.

I didn’t read many graphic novels this year, after being burned by DC a few years back when they did another rewrite and just obliterated my favorite character I’ve been kind of off of comics. I do pick up the occasional series however – though now I stick to anything but DC (at this point with them it’s that whole fool me twice, shame on me situation). Giant Days was one of the few I picked up and I’m so happy I did. It’s a BOOM! Box comic, a publisher that tends to put out things I enjoy. It’s just a simple college story, three best friends trying to make it through college. These were so hilarious and on point, with characters I couldn’t pick between. Not only that but I loved the artwork on these. I’m a huge fan of the looser cartoon style, like what you see in Adventure Time or Star vs. the Forces of Evil, and this was pretty close. If this is one you see for cheap or on the library shelves definitely give it a try.

Take the X:Files but make it a very dryly humorous and set in the UK. That’s what this is. As I love X:Files and all things paranormal or Urban Fantasy, and I love dry humor and ridiculous situations this was obviously a book for me. Myfanwy wakes up in the park, completely unaware of who and where she is. She has a note stating the body she inhabits used to be another woman’s, and a set of instructions. After that the book just takes off. It had a surprising undertone of ‘being better than your past self’, but at the same time kept me in a constant state of ‘What the actual fuck is happening? And Why do I love it so much?’. This is one of those that the sequel is on my list to buy – but due to budgeting I can’t just yet. Still, expect to see that one pop up in the new year as soon as I can squeeze it in.

7)      Every Heart a Doorway by Seanan McGuire 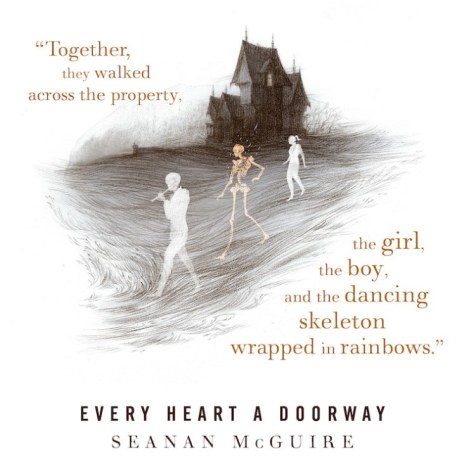 Seanan had to have a book on my list. It’s just a fact of life. It’s a list of Favorite books or authors of mine, Seanan will make it. The story is set in a school for children who have crossed over to their fairylands or different worlds and for whatever reason were forced back to our world and must learn to cope. There is also a murder mystery woven in as we follow Nancy, our main PoV, as she adapts to this school and what it means. This was amazing, in signature Seanan style, and I loved it. It’s also one of the first times I’ve seen Ace representation on the page (hoorah!). It incredibly short, and everyone should give this a shot. 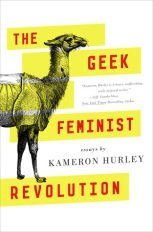 I did a review of this one so I don’t need to say too much, I can point you to that. Kameron Hurley, though I haven’t read any of her fiction, is one of my favorite people to follow for essays and blogs. She and Chuck Wendig almost always put out things I love to read. This was no exception and as far as a collection goes I think it was consistently strong. Very much worth reading if geek culture or feminist culture are things you’re interested in. 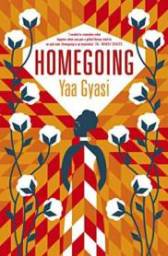 I didn’t review this one because it was such a big and such a profound book I didn’t think I’d do it justice. The story it told was heartbreaking and sad. It made me angry at times, hopeful in others, and shocked all in turn. It starts with two half-sisters who don’t know each other and how one sister is sold as a slave and the other marries a slaver. From there their lives diverge and each chapter follows each generation and their story. It was so, so good. There was a lot of anger but I still saw the hope in it at the end. I can’t wait to read more from Yaa Gyasi, this book was amazing. 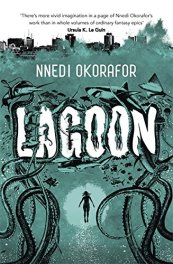 This book will take the cake for weirdest thing I think I might have ever read. But it was
also one of the most… intriguing. I’ll admit at the 40% mark I was like ‘What the actual fuck is happening’, but once I pushed past that it became more of a ‘Fuck it, I’m in now’ kind of attitude. I was just lost deep down in it and wound up loving it. I cried, laughed, and then spent hours researching the source material and mythology. Definitely try this one, though I do admit it’s a tough one to get through if you aren’t wild about weird.