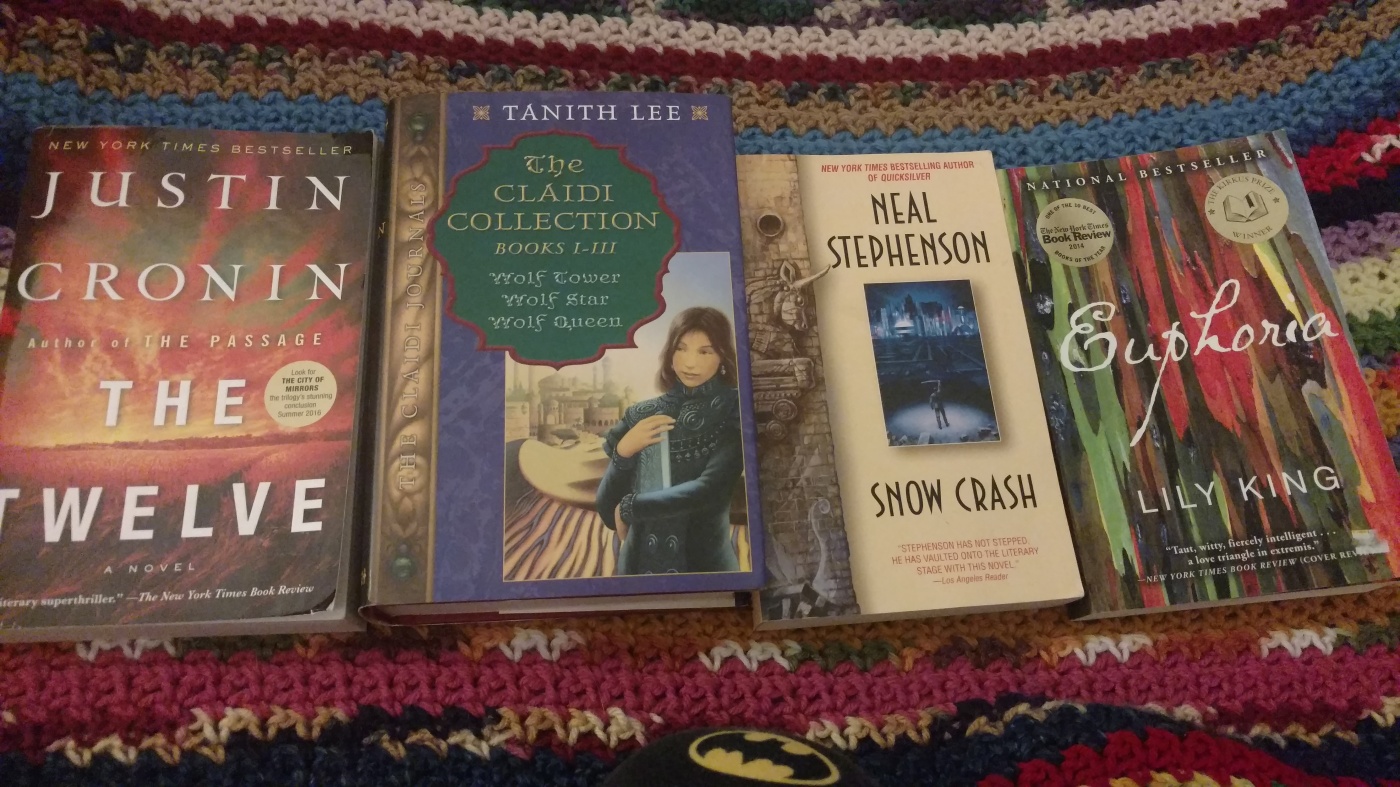 I’m trying to limit my book buying the past few months. I’m on my Read 5, Buy 1 ban. I also have limited my used book store visits severely. I finally went back last week with a sackful of books for trade. I had a goal to buy fewer books then I traded in – which I did good on! So, on to what I got. 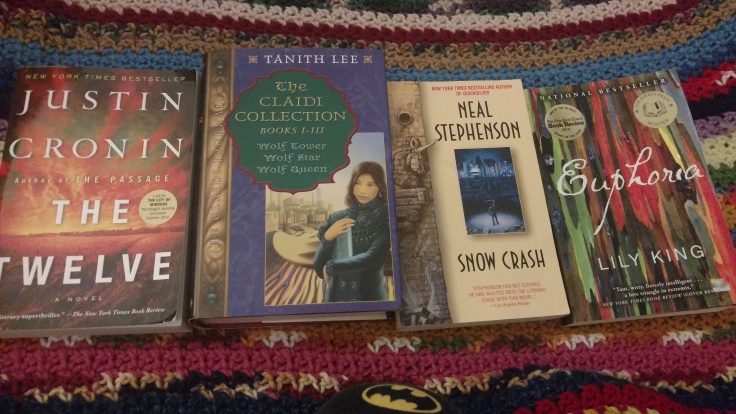 For my fiction picks I got The Twelve by Justin Cronin, which is the sequel to The Passage which I picked up three or four months ago from the same shop. It’s been lonely and waiting company on the shelf so since this was only 2 dollars I added it to my stack. The Claidi Collection by Tanith Lee is one I somehow missed as a kid even though these kinds of books were and still are to an extent catnip for me. I also love Tanith Lee, so I can’t wait to eat this up one sick or lazy day. I finally got another Neal Stephenson with Snow Crash which I’ve heard good things about but otherwise know nothing. And the final fiction book is Euphoria by Lily King. This is another one I know nothing about but have seen everywhere so we’ll give it a go!

I’m working very hard to increase my non-fiction intake these past few months and it’ll be part of my reading goals for next year, so I grabbed some non-fiction for the shelves. Murder on the Home Front by Molly Lefebure and The Suspicions of Mr. Whicher by Kate Summerscale were in a bundle pack because of the similar topics. We should all know by now I love detectives and a good mystery. We’ll see how I do with nonfiction on the topic! Daughters of Isis by Joyce Tyldesley relates directly to a side project I’ve been playing with, and who doesn’t love women in ancient Egypt. I mean, come on! Finally Dungeon, Fire, & Sword by John J Robinson talks about the Knights Templar. I’ve never really looked past the surface level of ‘they existed’ and ‘oh man they’re in this video game’ but when you think about it… they were not a good lot of people. And really, who thought that was a good idea!? So I’m wanting to read a bit more about them.

Overall I’m pleased with my haul. Hopefully I won’t be back for a while so I can blaze through some more books on my own shelves. Till next time fellow readers!