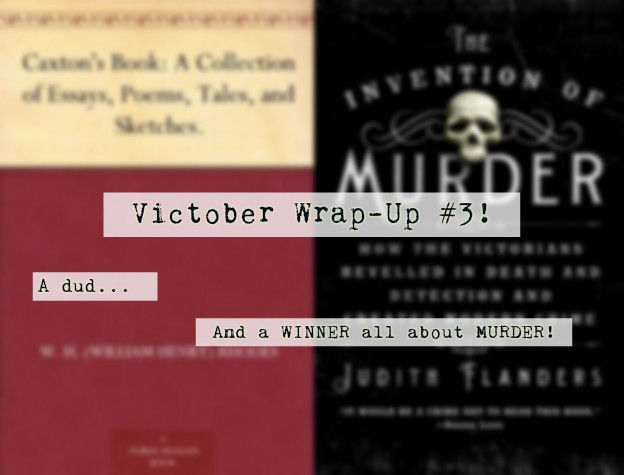 It was a slow week! I’m not going to lie, I spent most of it devoted to one honker of a book which I will talk about below. I think I might already picking up pace for the last week of Victober, so hopefully I’ll end on a high note! As always, you can listen instead of read by following the Youtube link on the side bar!

First up I do blame the first book for a bit of a slog. I drug myself through Caxton’s Book: A Collection of Essays, Poems, Tales, and Sketches by William Henry Rhodes. I’m not sure if this one was one I heard about on a Victober recommendation video or if

it was one I picked up out of my Victorian SF collection. Either way I wasn’t a huge fan, and I can’t say I recommend it. Mr. Rhodes has that dense, slow, and thick writing style that had me nodding off even in the most thrilling of stories. There was also a LOT of white superiority in this, especially one story in which he implied the white man was the evolved and superior version of man to ‘natives’ and ‘savages’. I might have been hate reading this by the end, not going to lie. 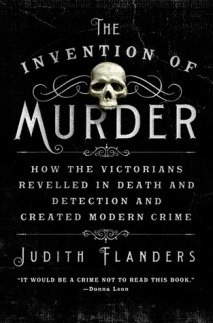 The next read was MUCH better. I finally finished The Invention of Murder : How Victorians Reveled in Death and Detection and Created Modern Crime by Judith Flanders. This was super fascinating, it had its flaws, but the more time I spend away the more I enjoy thinking about what I read. First off, I’ll get the major flaw off the table. It was repetitive. We would be told X happened, the details of X including apprehension of the individuals involved and the trial, then we’d get the details of the press response, then the entertainment factor (theater, literature, etc), followed by a related case Y, rinse and repeat. It got so repetitive that even though I was invested I also managed to fall asleep at one point. It made it feel heavier and less dynamic than I think the subject matter could have lent itself too, but that’s alright. Having said that, this thing was a SUPER ‘Did you know…?’ book. It covers from right before Queen Victoria was crowned and ushered in the Victorian era, to the formation of police and Scotland Yard (two different events it turns out), and ends with Jack the Ripper. As I mentioned above Mrs. Flanders looked at cases and their impact, then widened her scope to look at the different ways it impacted the culture, and man you’d be surprised. Charles Dickens, and several other Vicotorian authors are frequently cited, and there are a lot of references to murderers and victims in those Victorian novels. She looks at the Poison Panic that spread in this era, and I have another book on a similar topic that will be read soon. Most fascinating to me was the public fascination with these crimes. They ate this up! These are people who would come in thousands to public executions, so many that people were reportedly standing on each other’s shoulders at times. The Victorians were NOT the fainting daisies you always hear. They had an insatiable appetite for crime and murder. Reveled is a perfect word in this title. If you can handle some slow pacing, and repetition I really recommend this one. Wowza!

Not too bad, and I trimmed back my Invention of Murder rant. I got a lot from that one. If you’re a non-fiction reader it’s a winner. Victober is coming to a close and I’m not happy about it! But Non-Fiction November is on the horizon, so I have something to work towards! Happy reading!