Coming in a little late, with half good reasons today! I had intended to write and post this yesterday, however I  was locked in at work for about 10 hours at work yesterday. There were some explosions on the large plant I work on, so for safety/security reasons they kept us locked into safe havens. No one was seriously hurt, but it definitely shook up the day. I spent several hours desperately trying to track down my father who works in the plant in production (he’s fine), so the adrenaline dump made the day a big ole’ blur. So see! I did put it off the first day but the second day was with good reason!

Long story out of the way, I read some pretty okay books last week, and as always there is a video for this if you’d rather listen than read.

I finished up first The Night Ocean by Paul La Farge. This was, I think, supposed to 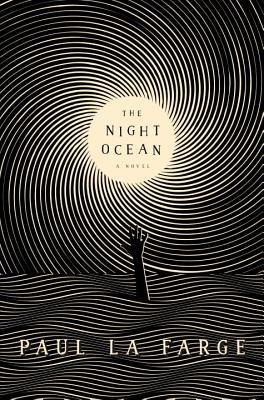 be a mystery. The narrator of the piece is trying to track down and understand the seeming madness and then disappearance of her husband. He was consumed with researching the idea that H.P. Lovecraft was a closeted gay man, and the chance that there was a book/diary written by Lovecraft and published after his death. The first third of this I found really fascinating, and I enjoyed the focus in on Lovecraft, but after that the story zoomed in so closely and with such detail on two men, one after the other, giving a biographical levels of detail. I was lost, and fast. I nearly DNF’d the book honestly but I had dedicated so much time to it that I couldn’t bring myself not to try and finish it. The mystery itself just felt like a twig structure for the whole story, it was so lightly done I honestly forgot it existed till occasionally we heard the narrator speak out. I was just not a huge fan here.

I took a left turn and read Just Like Heaven by Julia Quinn, which is one giant meet-cute (meet-cute is a phrase commonly used for that ‘cute’ moment the two protagonists meet in some ridiculous way). This is the story of a young woman and the Duke she grew up with who has been charged with keeping an eye on her while her brother was exiled from the society. It’s a romance, so you know what you’re in for here, and this is especially true with this book. It’s adorable and a great palate cleanser. If you like romance and want something light and airy read, try this one. Edit: I’ve learned in the few hours since writing this that Julia Quinn has said some… troubling things about diversity in romance, so I’m now on the fence about recommending this one. Maybe a good library pickup if that’s a topic you’re concerned about supporting?

Another left turn brought me to This is Where it Ends by Marieke Nijkamp. I read 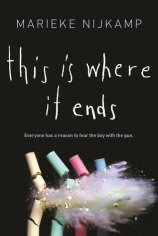 this one in one sitting for Book Club. It’s a YA school shooting novel that takes place over just an hour or so. This was I think good for a  YA book dealing with a super heavy topic, but it wasn’t a knock out. It had that adrenaline feeling where you are totally engrossed (well, mostly engrossed) in what was happening but hours afterwards you wouldn’t remember the characters named. My Book Club also noted that the story seemed to be focusing and forcing the diversity of the characters rather heavily, repeatedly telling you and describing what made a character different. Possibly a show, not tell problem? I found it interesting but not a solid winner. 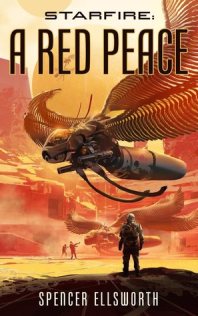 Finally I finished A Red Peace (Starfire #1) by Spencer Ellsworth, which is a Tor.com novella about buggy space ships! More than that really, I just get excited about buggy ships. It’s following a young human/alien cross named Jaqi and Araskar who is also a cross but one enlisted in a military that might be going a little mad after winning their revolution against the human empire that controlled them. The characters were unique, Jaqi the equivalent of a slightly criminal southern girl and Araskar very addicted to a type of singing drugs, and the setting was deep. It just took me a while to get caught up in it, I was not sure about it till half way through and then I fell in love with it. I can’t wait to read the next one.

That’s it! Late but here! Thanks for reading guys!