It has been one of those weeks guys. I’m pooped, but I have some books to recap for you! This is everything I read in the past week, and as usual you can listen as opposed to read this on the Youtube channel – linked on the side.

The first thing I finished was The Impossible Fortress by Jason Rekulak. I have to say 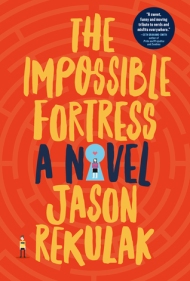 I was pretty impressed overall with this. For what I call a ‘nostalgia’ book it managed to keep me interested, and not beat me over the head with it’s references. It follows the antics of a young boy who is sent into a convinence store in order to woo the security code for the store from the owner’s daughter. His friends want to get their hands on the new magazine containing some… private pictures of Vanna White. The relationship that springs up from that is surprising and the shape the characters take, even more so. For a fast book Mr. Rekulak managed to capture my attention and have myself rooting for the kids! It’s not what you expect but you do really end up liking them by the end. My only big flaw was the very heavy use, in one portion, of fat shaming jokes. I never find those fun, and I nearly quit the book there. However past that it managed to pick itself up and move forward. 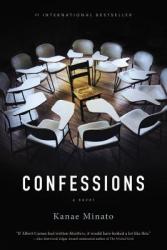 . This is a translated Japanese thriller. A teacher who’s daughter has died on campus recently discovered her daughter didn’t just die, she was murdered. The story is told in letter format, I believe there were 5 of them, in second person as if written to you the reader. And it looks at what revenge does to a person and to the people (and the family of the people) they exact that on. It had a lot of meat to it and for a fast read I really enjoyed it. I ended up thinking a lot and looking at the nature of revenge over the course of it. I really recommend it if you’re looking for something thriller-y and intense at times. This really pulled it off for me.

I followed this up with a much lighter read and finished the 5th volume of Giant Days by John Allison and Max Sarin. I love this series a lot guys. I know I’ve talked about it before, but it is one of the only comic series that I actively pre-order each volume. It’s that fun for me. This one was probably one of my favorite volumes and follows the girls at the beginning of their sophomore year in college. Fantastic, and no spoilers, but if you’re going to try it I really do encourage you to do so.

My non-fiction read this week was Gender Medicine: The Groundbreaking New Science of Sex-Related Diagnosis and Treatment by Marek Glezerman. This was

fascinating stuff. Dr. Glezerman takes a look at about 10 different ways that gender affects both medicine and diagnosis. Traditionally men and women are treated about the same, the women just being the ‘weaker’ of the two. Instead he’s advocating and trying to educate on treating the two separate but equal. Our very biology is different and women needed to be seen as such. It was really interesting, really aware, and for a medical book fairly approachable. Anytime he had to go in depth on something very, very science-y he explained it and in some parts had diagrams. So A+ for making this approachable for those of us who know nothing about medicine. If you think this is a fascinating topic I do recommend it!

The last book and my least favorite this week was Aunty Lee’s Delights by Ovidia Yu. This was described to me as Agatha Christie but modern and in Singapore. I do not

agree with that at all. The story is about Aunty Lee who runs a cafe in Singapore. At the cafe her son and daughter-in-law hold these wine tasting parties. One evening a woman meant to come never shows, and shortly there after a body is found. This continues to unravel with another woman disappearing. Aunty Lee decides to solve the case. For me this was a mix of the style, third person omniscient, and the truly horrible cast of characters. Because of the style we were bounced from person to person’s head and thoughts, and for the most part the people were very hateful. The ultimate message was in support of the queer community and gay rights. However we spent a good chunk of the novel reading the toxic and terrible things these characters thought and thought about that without ever hearing someone think good things that by the end… the payoff wasn’t worth it. Not a great read for me at all. It’s possible I might try the second book, but it’s probably the last thing on my priority list, and that’s a really big list.

A book for me and a book for Adora. 📚🥰😁🥰📚 #books #littlegoldenbooks #artandarcana #DnDChristmas #dungeonsanddragons #bookstagram #newbooks
I picked up a *few* manga at the library. They should last me a day or two. The others are will definitely last a little longer 😆📚😆 #libraryhaul #library #bookstagram #starwars #historicalfiction #horror
I have no idea where she got it but our Bestie got us the best rattle for Adora. I'm sure it'll drive me nuts in a few months but right now I'm tickled by it. .😆🥰😆. #babygirl #Thor #babyrattle
This is what I've been up to for 8 months now. Little Adora is due in January. Also only my sister could get a half way decent picture of me and Jeb. She's got skills (I'm not gonna post the 12 of us just giggling like children). . 🥰🤰 . #princessofpower #thirdtimesacharm #8monthspregnant
We had a very low key weekend. #amreading #catplaytime #blackcat #weekendvibes
My gym boys have been killing it lately, 405 on deadlifts! I'm so proud! 💪🤗💪
Follow All Booked Up Blog on WordPress.com
%d bloggers like this: