It’s been a busy, busy week for the Hubby and I. There goes my attempts at getting in more reading this summer! I did finish a few things the past week so let’s look at those! As always a video is available on the Youtube as well! 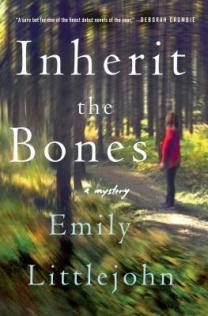 The first was Inherit the Bones by Emily Littlejohn. This is one of my attempts at reading more mystery/thriller types, and I liked this. I think on reflection it might not be sticking with me, which is rather unfortunate. The story follows a detective, who is about 5 or 6 months pregnant I believe, as she works to solve a murder of a carnival worker in town. Along the way this becomes embroiled around the disappearance and murder of two boys that occurred years before. I really enjoyed the setting in this and how that setting affected the characters. It was fast, enjoyable, though perhaps forgettable. I do recommend it if you like mysteries. It’s also the start to a series so not a bad jumping in place!

The second book I finished was not so much a hit. That was Why Did The Chicken 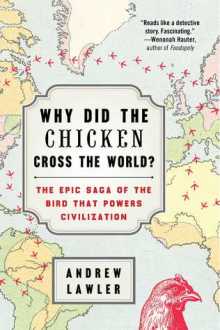 Cross the World: The Epic Saga of the Bird that Powers Civilization by Andrew Lawler. I’d like to say, to sum up my thoughts on that title, that ‘epic’ is not the word I would use. I might use, slow or sometimes wandering, but not ‘epic’. I was nodding off at times during this book. The problem I had was the focus on the history of the places the chicken had been through the first third. Not  the chicken itself per say, that was covered briefly, but more the look at the history of these places themselves. The short version of the first third was ‘We aren’t sure’. No one is 100% where the domesticated chicken came from or when. The second third had all the interesting bits about eggs being used in science or some of the religious iconography of the chicken. But that was fairly skimmed over to get to the last third which was the chicken today. Overall not a winner for me, which was just a shame.

That’s it, that’s all she read. Which is pretty sad if I do say so myself. I’m still chugging along though! I swear, I’m still here!