Life is such a pooper sometimes. We can all agree to that. I got up a video for half of this on Wednesday but since I’ll be making another for the second half I just figured I’d lump them together for this post instead of spamming inboxes and feeds!

So let’s get straight in here (and these may not be in order because I have the memory of a small furry creature): 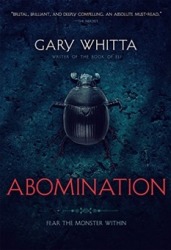 My main two reads for last week were two I was trying to squeeze in for my real life Book Club. I finished Abomination by Gary Whitta and DNF’d My Best Friend’s Exorcism by Grady Hendrix. I’ll start with the DNF first. I have mentioned before I’m a fan of Horrorstor by Mr. Hendrix. However this one I didn’t bother finishing once I figured out the trope used to explain Gretchen’s possession. For those that care about spoilers I won’t mention it here but you can check YouTube or comment below if you’d like to know. The writing was great and honestly it may not be something that bothers everyone, but for me it was a hard nope out. Abomination I did finish and was left pretty underwhelmed. It was supposed to be a historical horror, but honestly it could have been set anywhere. The historical part was only important for perhaps the first 60 or 100 pages. After that it was irrelevant. The characters were also pretty one sided, very Mary Sue and Gary Sue. I haven’t read characters so bland in quite a while unfortunately. I did really like the idea of the Abomination. There were seeds of a good story there, but there was absolutely no explanation for huge plot ‘twists’ and things just worked out perfectly in the ‘hard’ situations. Good thing that priest kept popping up with that perfect memory! 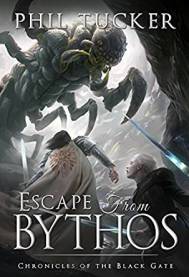 I was pretty disappointed by those two so I picked up a short work Escape from Bythos by Phil Tucker which I definitely enjoyed. This is a type of introduction story to his Chronicles of the Black Gate series that was in Mark Lawrence’s latest self-published competition. I really liked a lot of things about this from the world structure, the very clever way he linked the reader out to a full sized map on the kindle book, the moral struggles of the characters, and the clever setup for the next full length novel. Overall very fun! I really would pick this up if it interests you! 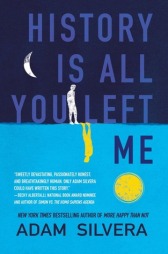 Silvera. I’m not a huge YA contemporary fan (not really a huge YA fan at this time honestly) but this book was excellent. There was something here that was just really captivating and well done. The story is told from one boy’s perspective as he struggles with his grief of his ex-boyfriend’s death and dealing with meeting said ex’s boyfriend at the time of his death. This I thought was a great look at grief, especially for something that’s classed as YA. It was really well done and really emotional. It was sex positive and did a good job of not romanticizing choices, bad and even good. It’s a slow read, so be prepared to give it time even with as short as it looks.

This week has been far more successful. The first thing I finished on Sunday was

Flying Lessons edited by Ellen Oh. This was just a very short, middle grade collection of diverse stories. Some are about being diverse and growing up, others were just about events in these kids’ lives. My favorite had to be Jacqueline Woodson, but I tend to enjoy her work a lot so I’m not surprised by that. I didn’t love this as a lot of people I’ve seen but I did like it. Definitely a good pick for younger readers. 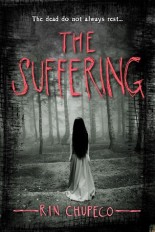 Rin Chupeco. Overall this is great little duology. I will definitely pick up another Rin Chupeco book, and I might like to get my own copy of The Suffering. While I think I preferred Okiku’s perspective in the first book this one, narrated by Tarq, did feel a bit more modern. This one also had a lot more as far as super creepy girl ghosts went so if you’re looking for a horror read around Halloween, it’s probably worth trying. Overall just a really fun read. It didn’t blow my mind but I liked it.

All through the week I was working on A Bollywood Affair by Sonali Dev. This is one I bought a long time ago but never got to. 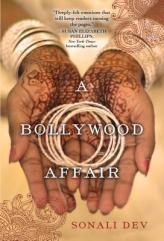 As far as a romance book went I actually liked this a lot till the last half? About that time I realized it was basically a Bollywood movie in novel format. It had a lot of the over top moments I’ve seen (in the few I have seen) and it had a lot of the very cheesily sweet moments too. Our main characters were very much kind of tropes – though well done and 3 dimensional. It also had some rather jarring slut shaming at one point. While I get the reason for it, it was a mom yelling at a daughter, it felt strangely out of place? I’m not sure. It just stuck out to me. It was also a little heavier on the very sexual stuff, which is entirely a me thing. 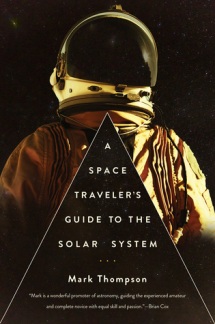 Thompson and Every Body Yoga by Jessamyn Stanley. Both non-fiction and both were pretty good! A Space Traveler’s Guide was super interesting but did get a little heavy on the more complicated stuff so it lost me in just a couple of places. It’s been years since I’ve studied anything off Earth, though for a time in high school I was a big fan of the topic. So I understand the concepts in abstract but anymore I can’t remember the details. Besides the few times I was a bit lost there was a lot of beautiful imagery I really enjoyed. He does a great job of framing the book as if you the reader on the space journey and how that is achieved. The descriptions of the planets were by far my favorite part of the book. I think for a beginner this would be a great read but if you’re very familiar with the topic it’s probably a little simple for you.

Every Body Yoga was much faster and more interesting. It’s kind of a baby steps look 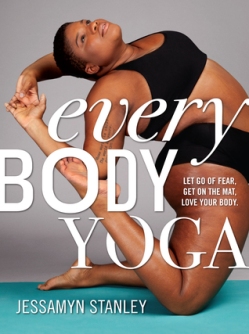 at Yoga and how to do a home practice. I’ve got a bit of a interest in it, but not in going to classes so I picked this up to try. I enjoyed it enough to buy my own copy. It has the strength of, in addition to those baby steps, having a great memoir type narrative built in. I really enjoyed a lot of the intropsection that she had. Some of the insights were very nice, I even set the book down for a minute on one and had my own ‘Huh. Well then.’ kind of moment. So a good read, and one I’d recommend for someone interested in yoga.

All in all an OK kind of two weeks. This week’s wrapup will follow shortly! I hope everyone else’s reading has been fantastic! Let me know what you’ve read and if you’ve picked any of these up.

What do you do when you've had a bad morning? Stick your face in Mom's armpit and pass out while she reads and watches #booktube 😴😊📖😊😴 #sleepingbeauty #currentlyreading #sleepybaby
3 Months today! She is starting to reach and grab for things, and she has a favorite toy (a stuffed Porg, a true Star Wars fanbaby! She has also found her lip and fist and spends a lot of time sucking on them. 😆 #princessofpower #adorawren #3monthsold
The birds are starting to show up more and more! 🐦😁🐦 #cardinalbird #redbird #tennesseewildlife #birdfeeder
Contrary to what it looks like on my feed I am still managing to get some reading done in the quiet moments. I'm reading The Plantagenets with my Hubby and I think I may be enjoying it more than him. 📖😅📖 #amreading #nonfiction #reading #bookstagram
Sitting in the dinning room window this morning we have had a parade of wildlife in the front yard! 😁🐿️🐇🐦😁 #tennessee #tennesseewildlife #frontyardgarden
Tummy time! Adora can get her knees under her, but those arms are still figuring it out. 😅😅
Follow All Booked Up Blog on WordPress.com
%d bloggers like this: