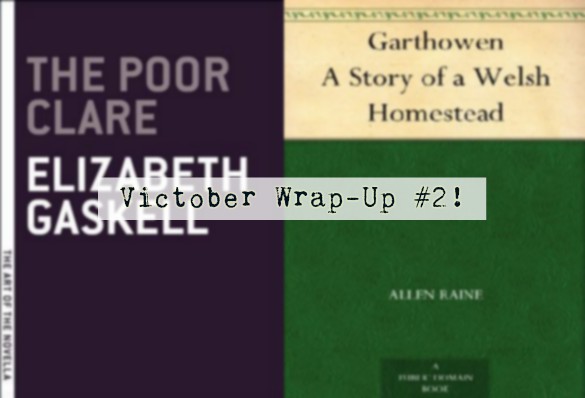 I got two things read for Victober last week. One very short story and one longer novel. So far these Victober reads have all been fairly solid, I’m pretty pleased with a lot of these.
As always there is a video on the channel linked in the sidebar if you’d rather listen then read. 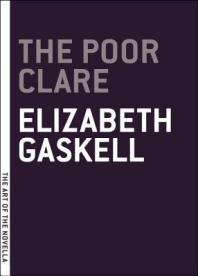 The first thing I finished was The Poor Clare by Elizabeth Gaskell. This was a 96 page novella about a woman who let’s loose a curse on a man, only to have that curse come back around and haunt her. The story is told from the perspective of a lawyer who is trying to settle an inheritance knot. He comes across this woman in question as she’s living in a hut, seemingly mad, and becomes caught up in the drama of the story. I enjoyed this one a lot, for a similar reason to Lois the Witch that I read the week before. This one had that same ‘otherness’ factor turned up to the maximum factor that gave it a great deal. The images in this were also distinct. The one that sticks with me most is towards the end when The Poor Clare of the title is brought up. These women are walking on the battlefields, mid fights, kneeling and bending over men giving comfort and encouragement. They’re all in gray with heavy veils and bare feet. It just stuck to me as something from a SF/F novel and I haven’t gotten it out of my head. It wasn’t perfect, the ending was a bit too abrupt and we didn’t get hardly any resolution, but I enjoyed this one a lot.

The next thing I finished was Garthowen: The Story of  Welsh Homestead by Allen 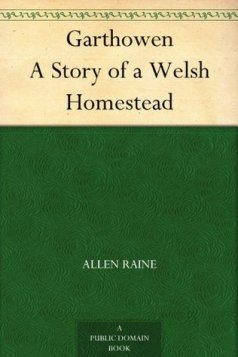 Raine. This is a Victorian Welsh novel written by a woman with a pen name. This was just so damn hopeful and cheery, it was hard not to like this one. It tells the story of the family that lives on Garthowen. The two brothers mainly, and the woman they are both entangled in. Morva (said woman) is eternally bright, constantly singing, and even when things get dim and dark for the story she manages to stay positive. I haven’t seen such a stubborn, positive attitude since The Goblin Emperor by Katherine Addison, and I loved seeing it here. I don’t have much to say about this one as far as flaws or problems, I just enjoyed the reading experience so much this first time that it’s hard for me to pick it apart too much, I definitely recommend looking at other reviews online if you’re interested in reading it. I will also add it is written with some dialect, so it can be a bit strange to get used to but it won’t take long at all.

So overall two books I would definitely recommend. Anyone else reading anything good for Victober? Let me know!