This is going to be very, very short. What I’m going to do during this month is try to do two separate wrap-ups. The usual weekly wrap-ups will be my usual mess of random things I read and the secondary halves will be my weekly Victober wrap-up. This week was a very rough week, a national tragedy of course occurred in the States, and explosions at my place of work left my whole week disrupted. So outside of Victober reads there were only a few things to look at!

To start off with, I’m going to just mention the Victober reads I finished. Those were The War of the Worlds by H.G. Wells  (I didn’t even know this one was Victorian till I checked the dates!), Lois the Witch by Elizabeth Gaskell, and The Signs of Four by Arthur Conan Doyle. 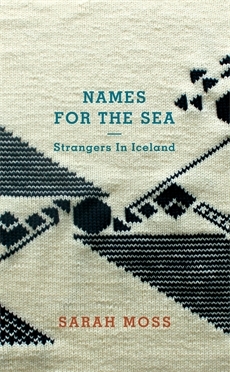 The first book I finished not in that genre was Names for the Sea: Strangers in Iceland by Sarah Moss. I tried this to give Sarah Moss’s writing a try. She’s been fairly popular on quite a few channels that I watch online and her books interest me. Unfortunately most of Sarah Moss’s books aren’t available in my Library system, so this was the closest I got. I did end up enjoying this though! The writing in this was solid, and I can see how she might (with a fiction turn to the style) make a beautiful setting and story. Besides that I had a lot of fun with the learning aspect of this. I know very little about Iceland, a sad fact, so this was discovering some place very new to me. Everything about the culture and setting, down to the weather she captured and related in a way that had me going ‘Wow’ or turning into that annoying person who is constantly ‘Did you know…!’. I would love to read more about Iceland so if anyone has any recommendations please throw them my way!

The next book I read was another one in another country! This was The Keeper of

Lost Causes (Department Q #1) by Jussi Alder-Olsen, translated by Lisa Hartford. First things first! The translation on this was a bummer, it wasn’t particularly well done. It felt very clunky, and didn’t flow naturally. However it was readable, as long as you go in knowing the translation is not great you’re fine. That being said! This follows a very flawed and troubled detective named Carl Mørck in Copenhagen. Prior to the events of the book Carl was involved in a shooting that killed one fellow officer and paralyzed another. He’s haunted by that, and he’s kind of understandably, a grouch. His superiors promote him to a one man department where he works cold cases that perhaps have something special about them. In this one he’s looking at a missing person case of a politician who vanished. You are also following the story line of the politician in question. All that out of the way, I liked this. I didn’t love this, but I liked this. I’ll definitely pick up the next. It’s really hard to judge the story solidly with the translation so obviously lacking but I think this was a good start to the series. The one big problem I had was Carl’s treatment of the women in the office. He was very much… a ‘man’ about it. It got tiring, and I genuinely hope it stops. Otherwise, like I said, engaging and fairly fun.

That was it for non-Victober reads! Look for the Victober Wrap-Up soon (tomorrow)! Thanks for reading guys! 😃