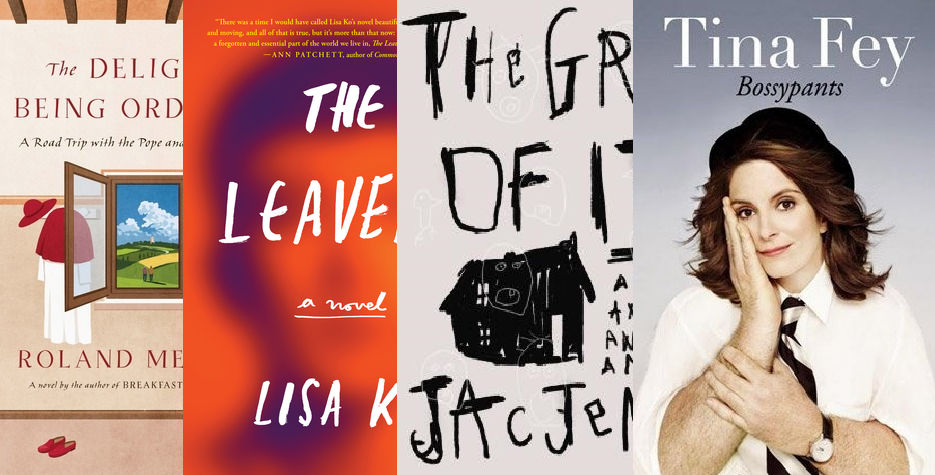 It’s been a week of ‘meh’ reading for me. I think I had one winner this week, the rest were alright. I’m hoping the next week’s will be better but let’s look at what I did read. As usual there is a video if you’d like to listen rather than read, channel linked in the sidebar.

First up I read The Delight of Being Ordinary by Roland Merullo. I don’t know what I expected from this one, the premise was just absurd enough to draw me in and get me 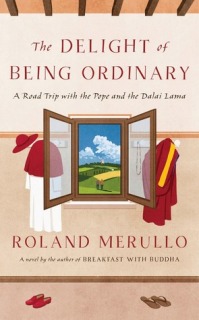 to read and the style was fun enough to finish, but I’m not sure what my thoughts are. It’s a fictional story of the Pope and the Dalai Lama deciding they want to take a vacation, unplanned and unknown to everyone but the Pope’s assistant/cousin. They take off early one morning, get put into disguises and then proceed to travel across Italy for a few days. It had some heavy things to say about some of the politics going on, such as refugees and leftover sentimentality for evil men (topical isn’t it?). These things I think were done well, if lightly, and I didn’t mind them. It ended however so strangely, with some mystical child story that seemed to come up from nowhere. I’m not sure what the plan was there because it left the book feeling… useless? Maybe I missed the main point, I’m not Catholic or Buddhist so some of the finer points and ideas might have flown right over my head.

Next up I went in for some heavy things with The Leavers by Lisa Ko. This is one that

I think I’m not the right person to review, but I can give you general thoughts. It’s an immigrant/adoption story. Deming and his mother live in New York, and she’s working to support them when she vanishes and Deming is eventually adopted by two white parents. The story takes place split in two different times and with two different views. From Deming/Daniel’s view as an adult as he’s trying to find his way, and from his view as a child. Then the second character is that of his mother, this portion written in second tense as she tells you the read/Daniel her life. This book tells shows some of the truly horrible things immigrants can go through, and really shows the pain that a child can experience trying to find out their history and family. I think if you want to get a quality review than I would seek out some of the many great reviewers who can review this from a place of experience. I enjoyed it, but I have no way to attest to accuracy or voice.

The first of two duds for me was The Grip of it by Jac Jemc, a horror book about a

haunted house. I don’t want to rant – so I won’t. This one is the story of a couple who purchase a rundown house to flip and move to this new town to start ‘fresh’ after some relationship hardships. This had a lot of ‘we don’t talk just because we don’t’ in there, something I hate seeing. Look, if I see someone sitting in our house and I think it’s my husband and then I turn around and he’s in a different room I’m going to loose my mind screaming. I will not calmly pretend it didn’t happen and not mention it. The ending on this even felt like perhaps it attempted to blame a mental health issue for what was happening. Overall a miss for me. I don’t recommend this, though the creep factor was very high, it was very frustrating. 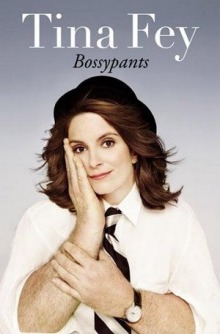 The last thing I finished before the weekend was Bossypants by Tina Fey. I listened to this on audio, and that was probably the only reason I finished it. She does a great job reading her tiny memoir, but she is an actress and comedian so that can be expected. Overall I think maybe Tina Fey’s jokes and humor in this were a miss for me. I generally find her SNL work hilarious and when she’s in movies or shows I enjoy them. Yet here I found a lot of what she said was probably a little insensitive and at one point I even stopped the book to say “That’s racist Tina”. Not to mention the portion in which she calls a size 12 ‘overweight’. That one actually made me a bit angry. The best parts were her discussing her time working in Improv, which I knew I would enjoy. The idea and work behind Improv fascinates me. On a whole though I guess I’m the unpopular opinion here and didn’t enjoy this.

Bonus! I did read some short fiction this week! I picked up I Sing the Body Electric and the Sound of Thunder by Ray Bradbury. Both of these I read for the S’more Sci-Fi Book Club on Goodreads and really, really enjoyed them. It’s been so long since I read any Ray Bradbury that I forgot how much I enjoy them.  I think The Sound of Thunder was the stronger of the two. I liked the repetition of the use of thunder sound and I always find the Butterfly Effect something neat to read about. He gave it a very fun and interesting spin. Body Electric was a bit longer, not as good for me, but I liked reading the poem he used as inspiration and seeing the correlation between the two. It was very cleverly done.

That’s it. An okay week, nothing super impressive in there, but there is always this week! Any winners for anyone else? Any ideas on these?