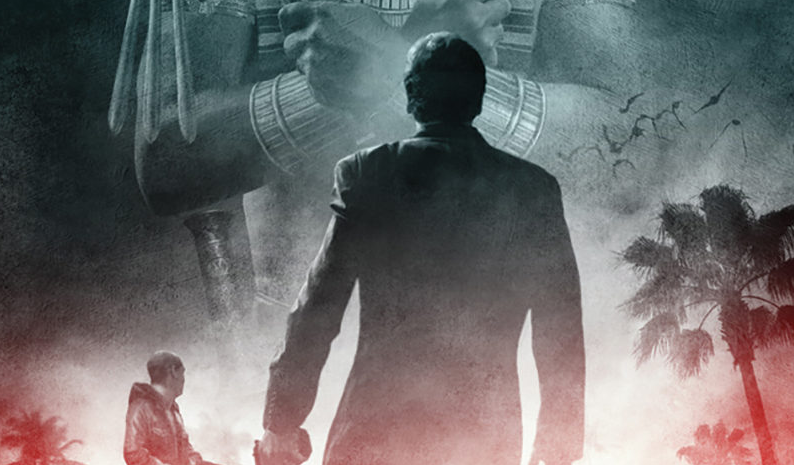 Get Your Own Copy : Amazon | Barnes & Noble | Kobo

Graveyard Shift has all the hallmarks of an Urban Fantasy, but with a very nice Police Procedural twist. Taking those two basic pieces it mixes them with some gritty elements, an unusual creature for a lead, and a pretty intriguing plot and comes out… maybe not as strong as I’d hoped but still pretty solid. Alex Menkaure, our main character is also a former pharaoh and mummy. He works with a vampire by the name of Marcus, who is from Ancient Rome (a fact that means he is part of an upper echelon of vampires known as ‘Ancients’). The two together work evening shift, Graveyard Shift, if you will and take cases as part of a special unit that handles those people that go ‘Boo’ in the night. This is all set in a world where vampires and thropes have been living in the open, among normal every day citizens. You can buy blood packs in a gas station for your vampiric boyfriend or pick up medication to help a thrope friend with their shape-shifting.

These are all things I’ve seen before in various forms such as other books, table top games (most glaringly Vampire the Masquerade), and even Tv/Movies. So I’m not going to say it breaks the mold on urban fantasy. I will say it was a hell of a lot of fun. Alex is your usual snarky main lead. Marcus is the straight man, a little suspicious but very much the solemn partner to the exasperated, tired lead. Besides those two you get glimpses of other characters, both on the legal and illegal side of things, but you get don’t get much. A secondary batch of characters shows up about a third of the way through and introduces a few new characters that you’ll follow all the way through the end of the novel. On the whole however the story stays fixed to Alex.

For this type of story that works. This is a fast paced and constantly moving piece. We only ever get to follow Alex home once that I can recall and that’s pretty much how the pacing felt. We were going, going, going. If you want a quick and engaging read this is one to pick up. That, unfortunately, did leave some things lacking. We got glimpses, teases even, of the world and social structure. We only see the segments of the city that the author wants us too and don’t really get a feel for it overall, forget the outside world. And the characters seem to be about the same at the beginning as at the end. This is clearly our setup, introductory book to a new urban fantasy series. It throws you in and gives you the basics, shows you what our characters are capable of and then leaves you wanting more of it.

All that makes to a pretty good start to a series. The one peeve I had of the whole book, once the setup and style is taken into account, is that Alex and Marcus are always hinting at how awesome and amazing he as a mummy is but we see it once in the last 10% of the book. Even then it was all it was built up too, possibly due to the speed and size of the scene. It became a game to me after a point ‘oh here comes a hint at Menkaure’s power, what’s it going to be this time?’. For someone who loves ancient Egypt mythology I was really hoping for a bit more of it. I will definitely still be reading the next in the series, just don’t go into expecting to get a lot of ‘mummy’ with this duo.

So to round it up. A really fun, really fast and engaging urban fantasy with a police procedural flavor. It’s heavy on the vampire, and very light on the mummy, but creative and intriguing. This is a great teaser for what could a really interesting series. If that sort of thing is up your alley and you eat these up, go for this. It’s definitely something I’d recommend to fans of Dresden or The Iron Druid.