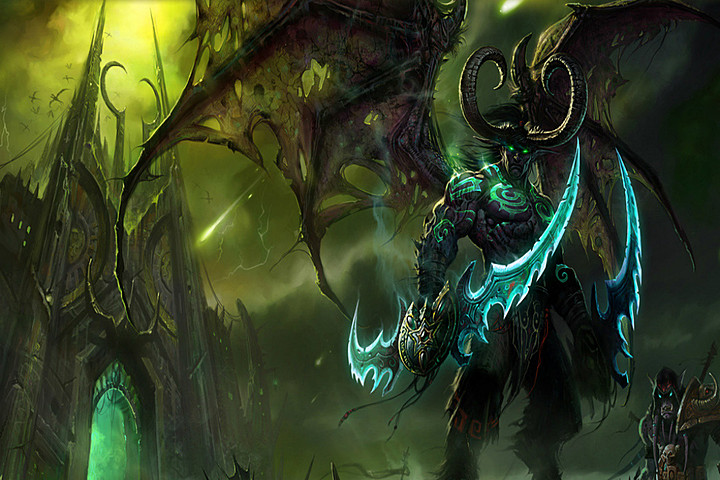 What’s this?! A Warcraft Weekend!? Who died?* 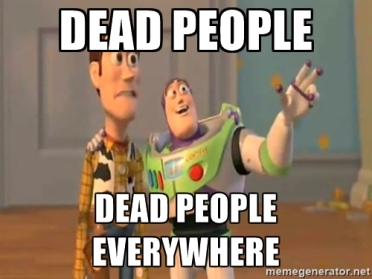 *SPOILERS – A HELL OF A LOT OF PEOPLE – I shall elaborate on this in another post, but DAMN EVERYONE FREAKING DIES.

So with it would stand to reason that I wait months for a Legion beta key only to get one when my thumb is completely out of commission. However, who said I was going to not play the biggest release of the year for me? HA! So, in spurts of furious gaming I’ve gotten to dip my toes into the Beta. 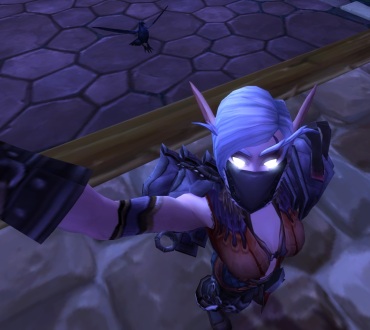 Now, for those who don’t know about Warcraft Weekends because it’s been forever and a day since I’ve done one – I sometimes like to talk about World of Warcraft. I’m not much
for the technical side of the game like the best rotation and how to do this or that. I’m in it for the lore and the fun of it.
So if you want to know the story behind WoW, the lore and the way Azeroth ticks – that’s what I’m into. And there is a lot of it guys. A lot and it’s constantly changing.
That aside! What are my thoughts so far? As it stands between myself and hubby we have played through Demon Hunter training, and begun several class quests for artifacts. I wanted to see how these fancy-spancy weapons were explained and how Azeroth gets to the Broken Isles.
Of the classes we’ve tried, Death Knight, Rogue, Demon Hunter and Warrior, we really enjoyed them. I’m going to save my judgement on Demon Hunter because I’m also reading through Illidan with hubby and I feel like that’s going to elaborate on the story more. Rogue was super fun, exceptionally epic (especially the final fight scene after the artifact is acquired – no spoilers!). Hubby is almost tempted to play Death Knight as opposed to his Paladin come release, which is kind of like the sky deciding ‘Hey, today is a good day to be purple’. And Warriors? Let’s just say they’re finally getting much deserved love.
The lore of these weapons are odd. I don’t know how I feel about how it pieces together. I could rationalize the pandas of Pandaria and how it weaved into the overall narrative of Azeroth, but these weapons (though SUPER cool) seem somehow contrived. Just a little. Just enough for me to go ‘Okay you.’
My only BIG complaint though in all of beta so far… Jaina ‘I’ve become a psycho WITH NO 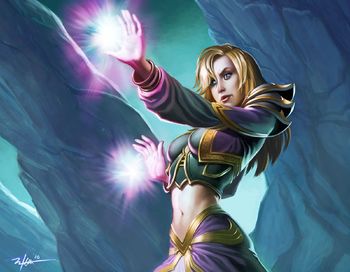 APPARENT DEVELOPMENT PRIOR‘ Proudmoore.
This is not an old complaint for me. Prior to the destruction of Theramore Jaina was one of my favorite characters in WoW. She was calm, powerful, and wanted peace. Then Theramore was destroyed and she looses her mind. Sure, fine, I’ll accept some crazy behavior after she just watched her home town get blown sky high. What I don’t accept is her continued blind hatred. That is and never was part of Jaina. She as kind, she was clever and resourceful. She’s been turned – through what I see as incredibly shit-tastic writing (and sexist to boot) the good ole ‘Psycho Woman’ trope. And it makes me livid. I can’t stand to see her, her lines are always hate filled, no matter the circumstances she wants to kill all the horde. A character that had previously been intelligent enough to see both sides no SUDDENLY cannot do so? I don’t buy it and probably never well.
Rant aside – and gods I needed to do that – I’m enjoying Beta so far. I’ll be back with more thoughts, hopefully next weekend, as we explore more classes and get some good concrete ideas down.
Till then!